My father is a retired painter and decorator, it’s a tough trade requiring long hours, physical labour and exposure to the elements in all weathers.  For a skilled practitioner (my Dad) it looks easy and always provides joy to the end customer.  For the unskilled (me), it was frustrating, provided little excitement and was always a messy experience.

Dad, like many of his generation, worked hard and didn’t have time for slackers. He was quick and sharp in spotting them too.  Again, personal experience on this one too. You’re getting the picture!

Dad accepted this career as his own, he was very skilful – particularly at mixing colours and hanging wallpaper and was often sought after for large and complex projects.  Like my two brothers before me, Dad tried in vain to convert me to be his understudy despite my lack of interest and skills.  He would try to humour me by telling me how my brush strokes “reminded him of Leonardo da Vinci at work.”  I wasn’t convinced.

What did compel me though, was his sense of pride in his work and how he would always make sure we looked back at each completed project and say “We did that.  That was us.”

I remember distinctly one school holiday when he made me work on a project that included what seemed at the time a never ending wall of tall iron railings around an old country house.  The railings were weather beaten, full of rust and twice my height.

My father, in his wisdom, decided to give me the task of painting them and as he walked me down from the house to the railings he explained how to remove the rust and listed the tools and treatments to use.

At the end of the debrief he turned to the house and with a deep breath he looked back at me and said “Son, I’m going to work on the house with the rest of the team. I’ll be honest with you, no-one wanted to do these railings.  But to me it’s what makes the house.  It sets the tone, the character of the surroundings and the people living in it.  There can be no short cuts with this and I can think of no better person to meet that standard.”

“Daniel” he continued, “when you look back at this in years to come, I want you to be proud of what you did.  Don’t do it for it just for the sake of it.  If you are going to do this, do it justice and do it properly. Make the house great again.”

I admit I started the job begrudgingly but Dad’s words played on my mind and during the first week my attitude changed.  I began to recognise what my father had said.  These railings define and set the expectations of the home it guarded.  Security, Elegance and Strength.  A wonderfully decorated home would count for little if it was surrounded by a rusty, unloved protector.

Moreover, it was a job everyone knew that had to be done but wouldn’t do it as it was hard, painstakingly frustrating.and came with little recognition. My Dad had hoped I would finally recognise the importance of the job. That it was a necessary task that had to be done to the highest standard. I was adamant I would do it justice.

When I finished glossing that last railing and stood back to look at the finished “masterpiece” (Dad’s words not mine!), I did it with a smile.

30 years on and I still hear my Dad’s advice when I identify and transform the “railings” that have been left untouched or ignored in businesses.   I’ve recognised them as dysfunctional team dynamics, badly designed workplaces, ineffective and inefficient end-to-end processes or complex technology solutions. These are the railings that no one wants to change as it’s “too hard” to transform.  I’ve come to realise that every business has their own railings and most staff know they are there, but choose to ignore them.

I also came to realise that when you start these transformations, you need to be focused and committed to doing it properly. It is hard and frustrating but the impact is always significant. Particularly when you do it with a smile.

Have you found and transformed your railings yet?

PS. I went home to Ireland a few weeks ago and took a visit to see the railings.  They still make me proud but are in need of a new coat of paint.  I didn’t tell my Dad.

Identifying the mindset you need for sustainable BPM success. In this Keynote speech, I share some insights and learnings on how you too can unlock your hidden Transformation path and sustain performance using an end-to-end process mindset. Based on my experiences delivering […] 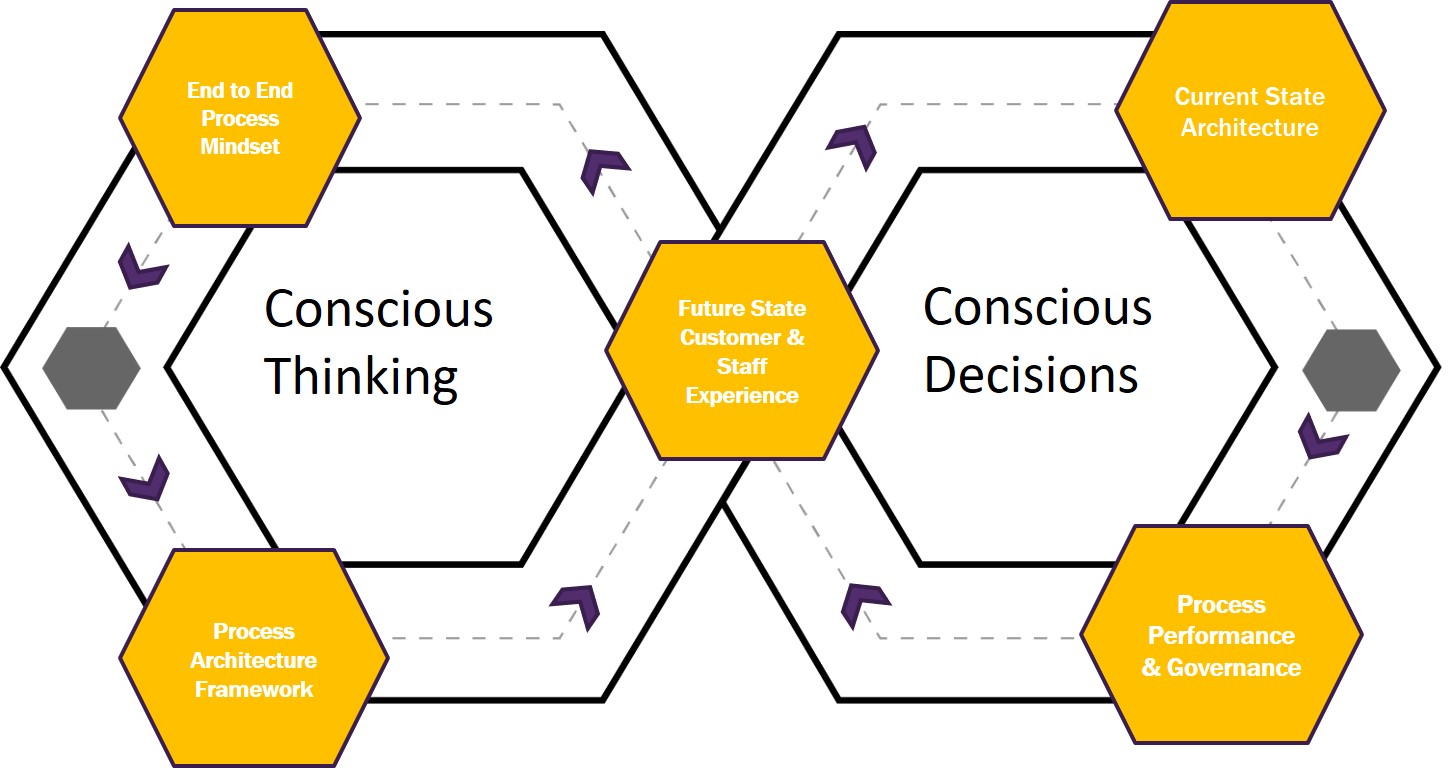 I was delighted to spend some time with Daniel Jacob Rayner from GBTEC Software AG discussing end to end customer experiences, process management, BPM, and the concept of Conscious Thinking and Conscious Decisioning. 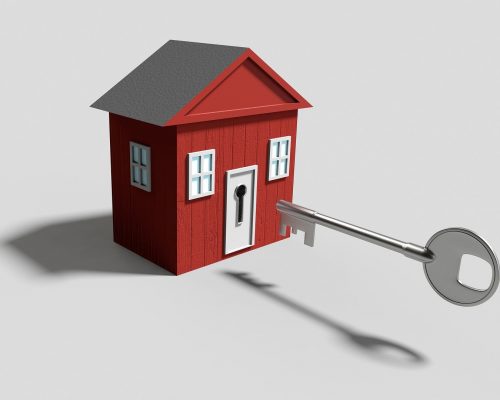 https://www.processexcellencenetwork.com/organizational-change/articles/six-sigma-across-six-states#.XuseTOQ1_BA.gmail This article highlights the approach and outcomes achieved by following the Stabilise, Stretch and Shape methodology I used at Australia’s largest bank. In this article, I provide insights into some of the key management techniques that are critical to transforming staff […] 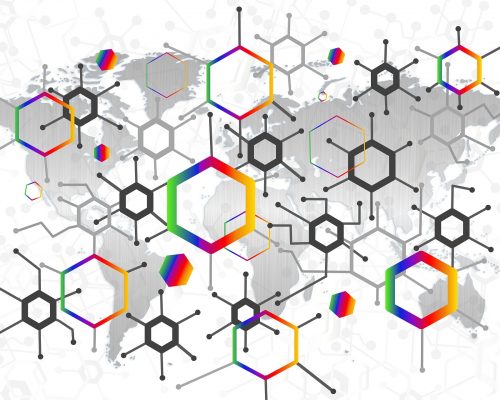 Executives who can demonstrate their knowledge and ability to manage their end to end experiences, risks and controls will be successful in transforming their business. 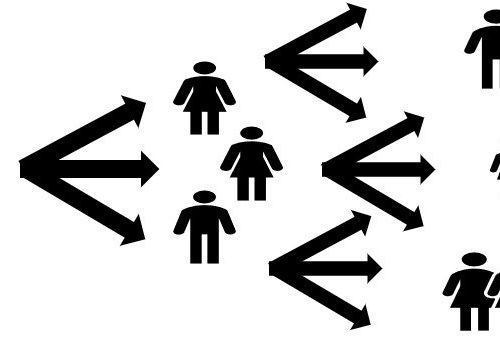 As Freddie Mercury once sang, “And bad mistakes, I’ve made a few”.  The trick, of course, is not to repeat them. Growing up, my father would often impart his wisdom with me with the words “People won’t always remember the mistakes you made, but they […] 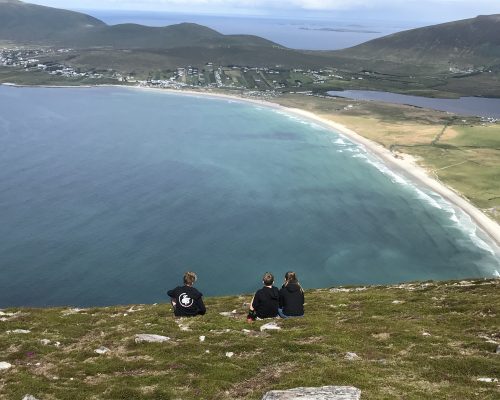 Recently I went on a camping trip with my son and 20 of his school friends each with a parent in tow. It provided a fantastic opportunity to spend quality time with my son and build on our relationship as he navigates […]